He was born in Hyogo on July 4th, 1976 which is 200 years after the United States Declaration of Independence. He grew up in Tokyo. He had wanted to be a fashion designer since he was a child. He had studied fashion at a vocational school for 4 years since 1995. He later studied concept making at Creapole in Paris, France in 2000. After coming back to Japan, he started to create his artwork while working as a free-lance designer. The September 11 attacks in 2001 led him to turn into a contemporary artist. 2 months after 9/11, he revealed his first work as a contemporary artist, a social art Khokan-nikki Project which is based on this tragedy. He uses various artistic media according to artistic concepts. In 2004, he made a concrete work in which Zen minimalism is reflected by a theme, “architectural beauty” and his first series of MITATE art. With this series, he won a prize at Fashion drawing biennale 2004 and 3 jury prizes at GEISAI 9 hosted by Takashi Murakami in 2006. Around the same time, he started working on paintings specializing in eroticism such as “Androgynous portrait” series with a different artist name.
As a designer, he worked on product designs in which Japanese traditional aesthetics is reflected and that were commercialized from 2010 to 2013 by a famous company.
In 2016, his atelier was moved from Tokyo to Ibaraki.
He lost his best friend on March 9th, 2018.
In 2021, he released the series “SUICIDE SNEAKERS COLLECTOR”. He captures updates on Japanese aesthetics as a vocation as opposed to the perspective of fashion as the identity and America, a country where he feels his destiny.

Although it looks like he has been working with the different and diverse media and themes such as Japan, the West, death and eroticism, Japanese aesthetics has always been in the core values.

Born 1976 in Hyogo. From Tokyo, Japan.
Lives and works in Ibaraki, Japan. 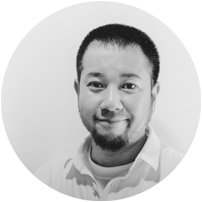 I look forward to offers from you for art galleries, exhibitions, as an art curator and others on the artist and the work. Please feel free to contact me.